Dates in the diary.. 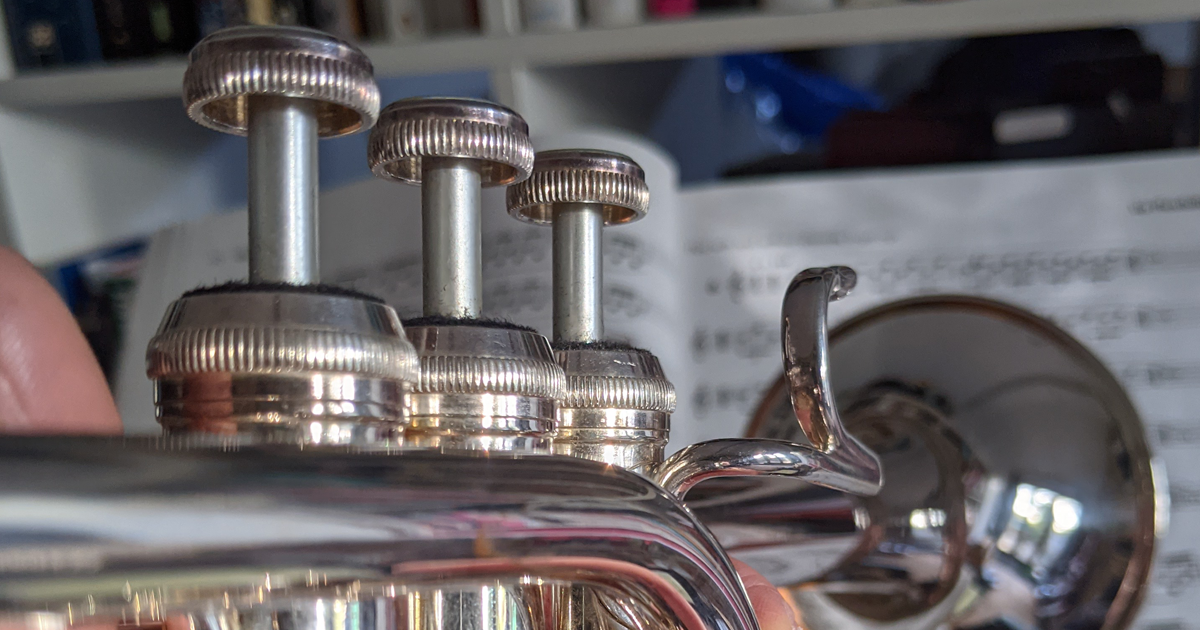 Have we just had our last free Thursday night (all brass bands I’ve ever played with, rehearsed on Thursday night..)? Well, until yesterday’s press conference by you know who, I was more positive, let’s see, its go go go for now.

At Hitchin Band we will be back to Thursday night, socially distant rehearsals from May 20th. There have been a few small group out doors gatherings but they are not for me really. We did do (potentially) our final video effort for this years Whit Friday marches, just as I was getting the hang of multi-tracking my recordings. Watch out for this should be online early June.

It’s certainly going to be interesting for all brass banders getting back into the swing of things. Brass bands, at community level where the ability can be mixed and sometimes extreme presents a challenge. Some players will be in reasonable shape, others may not have played, maybe they have nowhere to practice, or only play when at band. If I was an MD, I’d be approaching things carefully, not bothered by new repertoire, sticking to music known to everyone, simple stuff. Let people get used to being out and about first, playing their instruments, playing together, remembering why they enjoy it. It would be a slowly, slowly, baby steps approach. There will be enough frustration with stamina issues rather than piling on sight reading too. However, I’m not an MD and have no desire to be really. Trying to teach / encourage people to do something they think they already know, er.. no thanks. (yes, I get the irony!). We’ve got dates in the diary for a few outdoor jobs over the summer, I’ll certainly post info on these closer to the dates, if you want to come along and hear what a band who haven’t played together properly for over 12 months sound like 🙂 – joking of course, we’ll be working hard to be ready to entertain the masses!

Surprising as it may seem, I’ve been approached to participate in a couple of new groups during this lock down. One is still very much unconfirmed, but the other is all set for end of May, a one off (or will it be?) get together with a large symphonic brass ensemble, organised by Trombone player Edward Solomon. Edward has been busy arranging during lockdown and has arranged several works for large symphonic brass, from Ireland’s Epic March, several works by Elgar and Holst. I’ve agreed to play on Eb Trumpet for this get together (the line up is Picc, Eb, 3 Bb and Flugel) as it is good reason to get chops in shape for Hitchin band too. I’m looking forward to this very much, the music is quite challenging but judging by the line up of players, should be a good afternoon rehearsal, where we will hopefully get to grips with the music. What comes next will probably depending on how things go, but I’m sure Edward will be trying to get a concert in the diary after all the effort of putting this together.

Practice makes perfect or does it..

I’d previously posted about how I had gamified my practice to keep the motivation up. A few months later I have a bit more information and learning on this approach. I think I was too focused on ticking off / logging my practice each day rather than reflecting on whether it was doing any good, or in fact, whether it was potentially doing harm. As with most things you are trying to improve, it is important to focus on the right metrics. I’d kind of got so used to playing through the routines, when I picked up other music (and instruments – Eb Trumpet / Soprano Cornet) I discovered that things weren’t where I thought they were.

I took a couple of days off and went back to some online resources to try and get a grip on my issue. It seemed like I was choking my air flow (not good!). I found a couple of good resources online that have helped, in particular a really good tutorial and video series on the Caruso method, in particular those by Julie Landsman. I came across the Caruso method years ago, and used it for a while after a lesson with Noel Langley. After researching a bit I decided that it would be good to get back up to speed with it, so finding these resources online was really useful.

I still follow my practice schedule, but each day starts off the same, with Caruso, buzzing, mp buzzing, long notes and then a study that Paul Archibald gave us from his Breath! book. Thankfully, things are starting to work now, so I can get stuck into learning my parts for brass ensemble rehearsal and discovering whether I can get a sound out of my Soprano Cornet. Interesting to me (at least), I have to use two different mouthpiece configurations on Eb Trumpet & Eb Soprano Cornet. I’d started practicing the Eb Trumpet with my cornet cup, but just wasn’t working. (one for the MP geeks).

I’ve also purchased Compression Training System as developed by Larry Meregillano, who is an Eclipse Artist. I’d always been skeptical of devices like this in the past that claim to aid your playing by doing exercises away from practice. But it’s something that works in other disciplines, exercising muscles to aid performance in sport is quite obvious. I’ve used it briefly, and did see some benefit, but I’ve parked it for a while until I’m happy I’ve got my air moving again.

In other even more exciting news, MrsQ has secured a date in the famous Crazy Coq’s venue Zedels in Piccadilly for her and buddy’s Bocelli & Brightman act. Very much looking forward to this, you never know, I may even put in a turn..

For more information, check out the booking page on Brasserie Zedel website. Book early, it’s not a big venue, but really cool spot for a cabaret gig & cocktail (or 3).