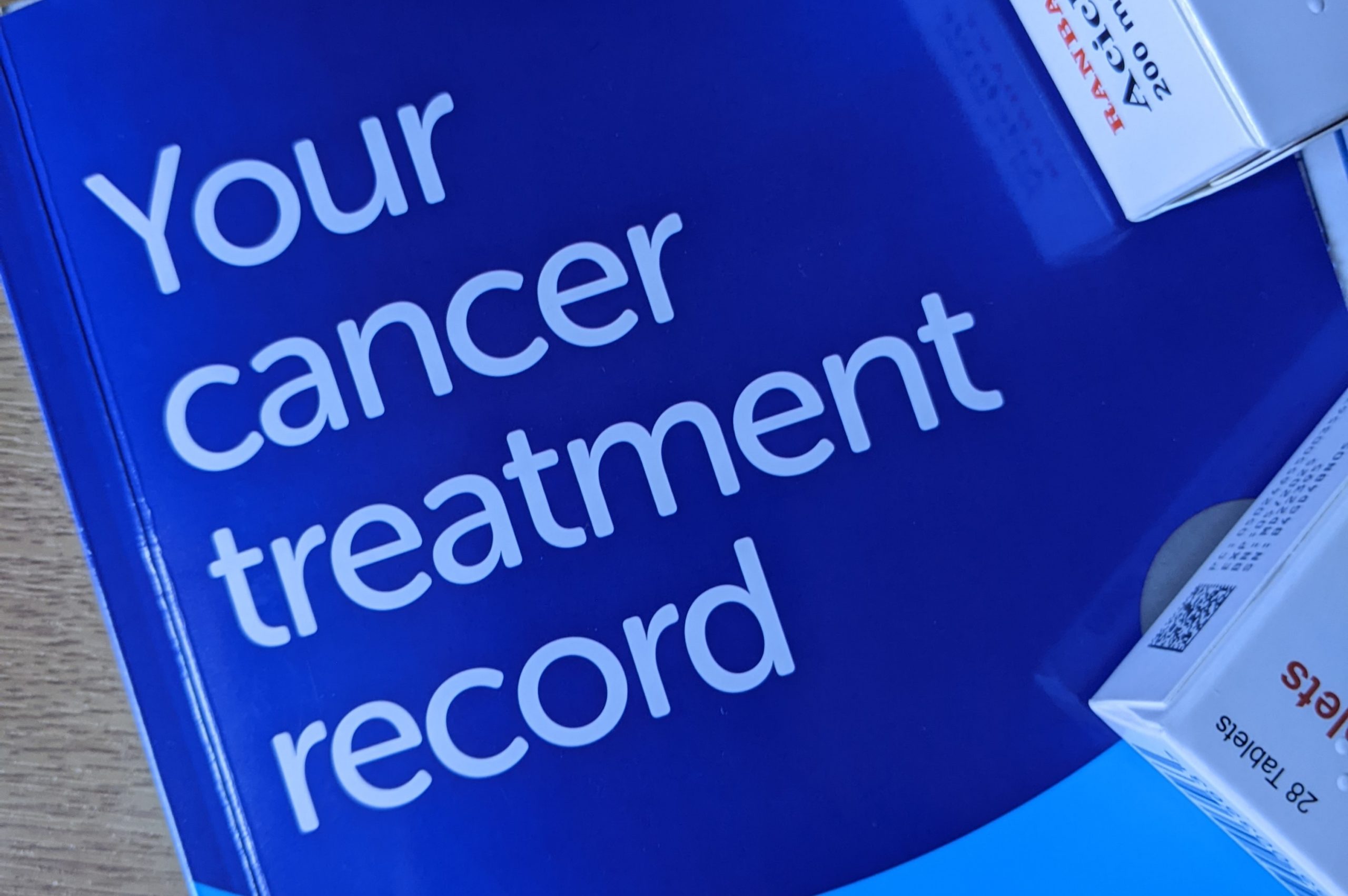 It has been over a month now since my last update, so I thought it was about time to gather my thoughts!

Looking back to my first post on this relapse, I was due to start my treatment on November 17th and would be approaching cycle 6 this week, however, this isn’t exactly how things have panned out. The original start date date slipped 2 weeks to December 1st as pharmacy at Lister did not have the chemo drug I needed. When you turn up for chemo, as well as having to provide COVID test result, your temperature is taken, you are weighed and your blood pressure & heart rate are taken. It was slightly disconcerting for the HR monitor to start beeping when I was connected. It was just flagging my low resting heart rate 🙂 so all good to proceed.

I found out when the chemo drug was being administered that I am the first patient to receive this particular drug at the Lister Macmillan Cancer centre, not sure if I get an award. I then had to stop after 2nd cycle as my Neutrophils were approaching lower tolerance for the chemo drug – administering is at this level would have made me neutropenic and at high risk of infections. Infections mean visiting A&E to be admitted for treatment – something that I and my consultant are keen to avoid. To boost my Neutrophils (basically, my immunity!), I was given a 5 day course of Filgrastim injections to administer myself, which was weird at first, but quickly got used to it.

The main differences between treatment this time and last time, are this time, it’s more what you might have assumed chemotherapy to be. A periodic infusion of some drugs! First episode a few years ago, treatment was 5 days of injections. My treatment consists of 1 hour infusion of fluids, followed by infusion of the drug (takes 5 mins or so) then a post chemo fluid infusion, also 1 hour. This happens at the Lister Macmillan Cancer centre, where patients with many different kinds of cancers are treated. This differs from Enfield where I was treated at a dedicated haematology department. This also means I have to visit hospital every week, once for blood tests, and once for treatment. At Enfield, they could do the pre-treatment blood tests on the day of treatment, which saved some time.

I tend to get stuck into reading when I’m being infused, not a lot else you can do. Macmillan volunteers patrol the centre ensuring everyone has tea/biscuits and the like, stopping for a chat with most patients. Books read so far:-

Next up is The Places In Between by Rory Stewart (don’t worry, I haven’t turned tory… ) it’s about his account of travelling across war torn Afghanistan in 2002.

Both Christmas and New Year were very quiet as you would probably expect, but we made the most of it, had some nice food, a cheeky wine, and a few long walks! I was at my lowest immunity between Christmas & New Year until the boosters kicked in, reaching the lower end of “normal”, so was very close to being able to attend a rehearsal at Hitchin Band early in the New Year, except there wasn’t one on! 🙂

As my relapse was caught during annual check, I’m in a kind of bizarre situation that I only really feel ill for a short time after I take the medicine to make me better! Day to day (apart from chemo day) I don’t feel ill or any side effects of note. I’m working from home, eating normally (abstaining from alcohol, except for 1 or 2 cheeky drinks over a week after chemo – but not every time!, doing trumpet practice, yoga and participating in the annual Tour de Zwift on Zwift (although, not the category A rides :)) I don’t’ seem (so far) to be suffering too much at all, not that I’m getting complacent – I’ve learnt not to forget my anti-sickness tablets.

Had blood tests today in advance of this weeks chemo – which will be cycle 4. I also have consultation this week with haematologist over the phone so should find out where my KPI’s are, and get an idea as to whether the pattern will repeat – a few cycles, then a break for boosting week, then continue, or my immunity will continue to grow and no need for further boosting breaks. Consultant is happy with progress, saying my platelets are approaching normal (it was low platelets that flagged this episode in July).

I could write / moan about things I’m missing out on, stuff I can’t do, but that’s just a waste of time, and given all I can do, would be in poor taste. Lots of people suffer far more than I do with conditions far more serious. I count myself lucky.

I think that’s about enough rambling from me now!

Until next time.. Namaste!