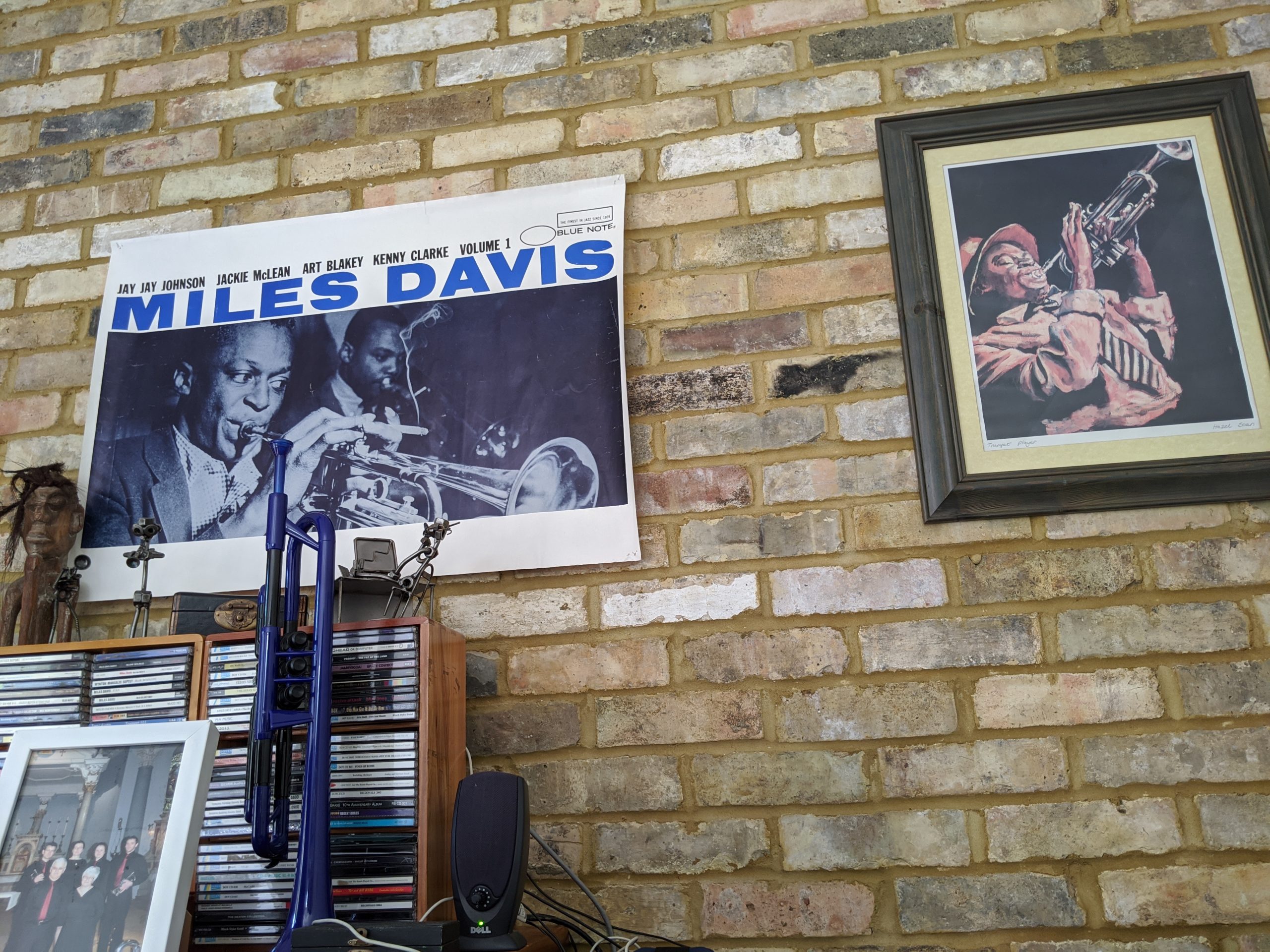 Working from home is probably very new to many people in this Covid era. This is my third time working from home for an extended period so I thought I’d write some thoughts on how this “concept” has evolved over the years. There are many other articles out there offering tips and hints on working from home, sticking to a schedule, setting up a separate working environment etc so I won’t necessarily go into that!

I first started working from home in January 2003 when I moved from the Isle of Man to London. I was still working for PDMS and my role changed so as well as being home office based, I spent more time on the road visiting clients. I spent quite a few hours on the M1, M11 and the A14 I seem to remember, also, when not driving, spending a lot of time standing in the vestibule on packed Virgin trains between London Euston and Birmingham New Street (which wasn’t the facility it is now!). To facilitate a home office back in 2003, it was necessary for me to have separate phone and data lines, specifically for the office. Bandwidth wasn’t as it is today and I seem to remember there were a lot more domestic broadband providers out there as it essentially was still an emerging consumer product. Skype was an emerging technology back then (launched in August of that year), so in terms of video calling there wasn’t really anything on the market. MSN messenger was our tool of choice for instant chat, mainly between colleagues and friends, client communications was still very much formal emails and phone calls. My office hardware consisted of my main developer workstation PC, VoIP phone and a laptop. WiFi certainly wasn’t “a thing” in public places and coffee shops, which were not as common as they are today, and certainly were not the places to hang out and work that they are today. I also remember having to buy WiFi extension cards to install in my PC’s at the time too! Configuring WiFi back then was significantly more “technical” than it is today. As time has evolved, people have sacrificed security for convenience but that is another matter 🙂 Co-working and office spaces for hire short term didn’t exist, or at least weren’t that common or well known, so finding places for ad-hoc meetings was difficult too. Services on the M1 seemed to be popular! 🙂

I moved on from PDMS after about 18 months or so of working in this way. I don’t necessarily think it was the WFH aspect that triggered this as we were in house where I had separate space for my office. I seem to remember having a PDMS Southgate sign on the door. I think it was just time to move on and work in London properly! That lasted less than 2 years as PDMS went on to open an office in London and pleaded with me to come back 😉

The next time I worked from home for an extended period was in some way similar to this Covid lockdown. I was diagnosed with Hairy Cell Leukaemia and instructed by medical staff to isolate, avoid groups of people, public transport and work from home if possible. My employers at the time MBA were hugely supportive of me during this time. This was pretty recent, occurring in 2017 so pretty much all technology available today was around in some form then. There was no need for additional Voice or Data lines to the house, our (pretty poor!!) broadband was sufficient. In terms of equipment, I used my own laptop, occasionally using remote desktop tools to connect to my PC on my desk at MBA when I needed to access resources. Other aspects of the evolution of technology which made this period of WFH pretty easy was the move to cloud based systems SASS/IASS etc. so being able to manage and configure client systems remotely was significantly easier. Compared to 2003 where remote access was available in some cases, I still did spend a fair amount of time in cold server rooms with CD’s installing systems (USB ?? again, not really common, certainly not permitted at many client sites!). In terms of online collaboration tools, we used a mix of Skype when communication with suppliers & partners, and Slack for internal meetings and collaborations. Google GSuite was used for shared documents / folders. All of these tools available on smart phone apps which obviously didn’t exist in 2003.

During my time at MBA, not necessarily a WFH issue, but the technology has evolved so much, I’ve used Azure App on my smartphone to restart crashed web app. I’ve tethered to phone to my laptop to diagnose and solve an issue from back of car while getting lift home from a rehearsal! Certainly not possible in 2003, I would have had to stop and make phone calls for support, or wait until back in office.

At Numerous, my current employer, our CEO took the decision towards the end of February to issue the WFH directive! Covid hadn’t really hit the UK by this time but we took a more cautious approach, we all could work from home, so there was no need for us to risk travelling unnecessarily. Our entire development ecosystem is Azure DevOps. We all have laptops and are setup on necessary VPN etc. We follow an Agile methodology, with daily scrum and other agile ceremonies all now moved to online using Microsoft Teams. Practically all our comms is via channels in Teams. All workflow, tasks etc all via DevOps, which I find really efficient, everything is joined up, from Work Item creation to checked in code, to release pipe lines.

In addition to our daily standup meeting, we now have a daily full company meeting on Teams. I believe Microsoft are being pressured to update the platform to show more than 4 video feeds, will be interesting to see if their product manager “moves this feature from the backlog to the frontlog” (ha! a CEO did say that to me once…..) anytime soon. I don’t think any of us at Numerous has had to upgrade any technology. In fact, I’m setup in my garden office and my data line is being fed over the mains electricity, which just seems pure sorcery compared to the hoops we had to jump through in 2003.

There have been plenty of memes out there and I’ve heard on podcasts relating to people discovering that “this meeting could have been an email” and online video meetings, once over the initial awkward, self consciousness of seeing yourself on screen, tend to be shorter and more efficient. They also can be quite fun! It will be interesting after all this has settled how many companies continue to allow WFH or change their policies in this area.

As one get’s older and hopefully wiser, I am taking on board the other published advice on working from home in general. I’m lucky enough to have a separate space in the house (our garden room) where I have now a daily routine. In 2003 I had joined a gym, that I used to drive to!! (it was 1.5 miles away) to exercise in.. yes, drive to the Gym to ride a fixed bike and run on a treadmill!.. These days, I’m a bit more sensible, I run in the outdoors, around part of the Biggleswade Green Wheel, but I’ve also got my bike setup on turbo trainer and do online rides on Zwift a couple of times a week but also get outdoors for longer rides at weekends. With the clocks changing this weekend I should be able to get out in evenings now too.