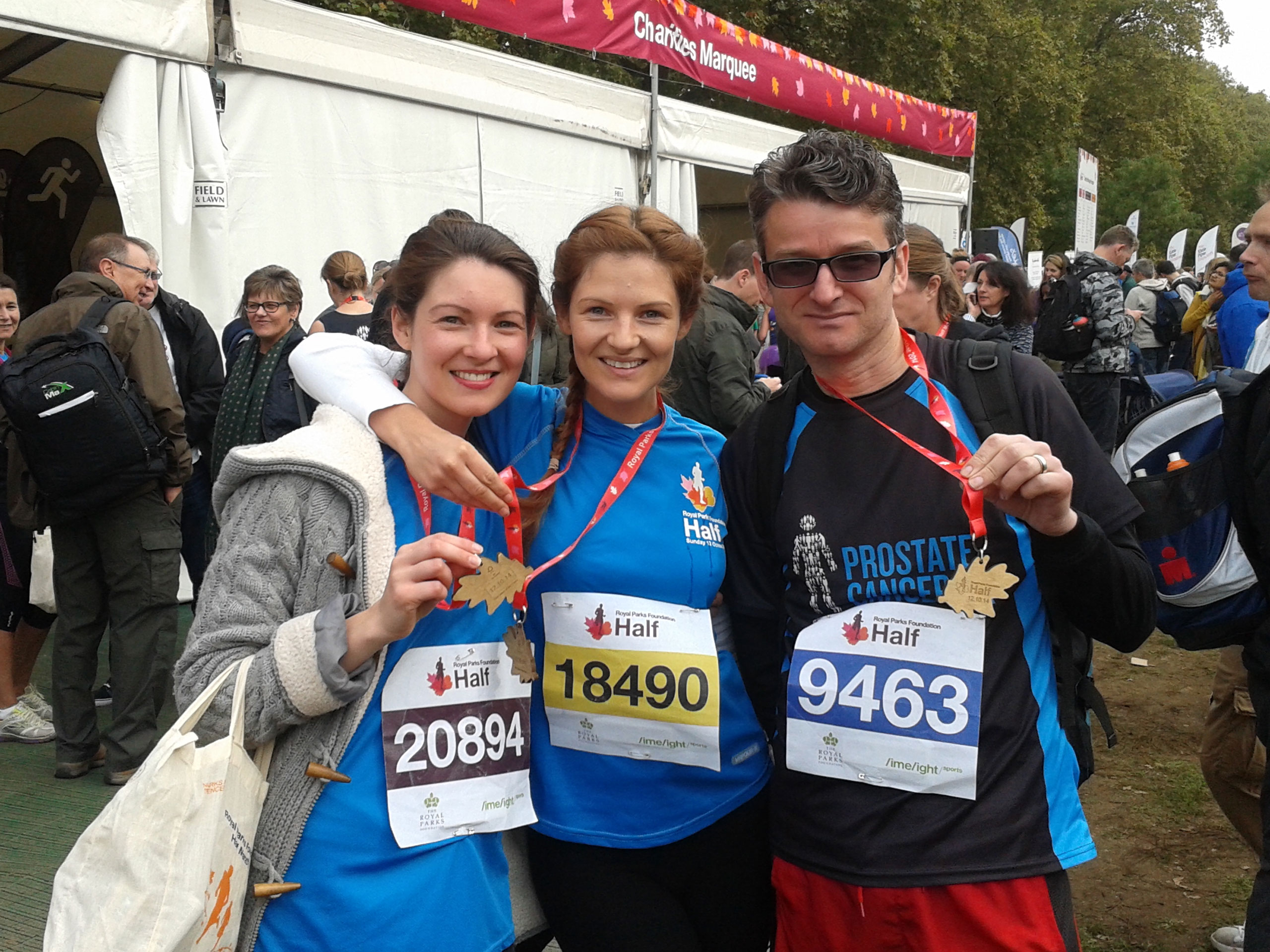 After 28 training runs (according to MapMyRun) I completed the Royal Parks Half marathon on Sunday 12th October.  My official finishing time was 1 hour 48 minutes and 38 seconds, which is now my new personal best (also, set PB for 10k over the first 10k).  I would like to thank all those who sponsored me for this event.  I raised a total (to date) of £266.75 for Men United, Prostate Cancer UK. 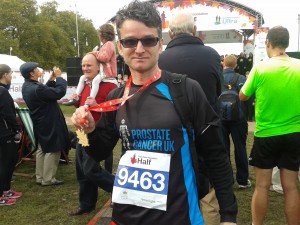 The Men United team  raised an incredible £46,500 which will make a huge difference to the 250,000 men living with prostate cancer in the UK.

Also running and raising funds was Mrs Q  (18490) and my sister in law Suzi  (20894), both pictured above who also shared my fundraising links which was a big help.

Special thanks to my parents who travelled over from Ireland to support us on the day!  My dad made a video of me passing the 7 mile mark.   An ex-runner himself, having completed the Dublin marathon back in 1984 (I think), his half PB was 1:48:00, so I was within a minute, or maybe I performed better as I am at least 8 years older now than he was when he set that time.  I’m sure such a point will be debated for a long time! 🙂  I will just have to run my next one faster… maybe on home turf too, the Waterford Viking Half next year? hmm….

Not sure what run to do next, maybe take a few days off to allow the old legs to recover.   I can’t stress enough the benefit of doing weekly Yoga sessions and how they have helped with overall fitness and preparation for this event.  I suffered really badly with IT pain after my first 10k a couple of years ago.  Certainly the core strength, stretching and flexibility that you develop by Yoga practice has helped greatly.  I attend a “Mat Men” class at Twisted Yoga in Barnet,where the emphasis is on practice at your own pace with a bit of light hearted banter.

On the starting grid!

Privileged to play at St Marks in Maida Vale today

Not for Halloween.... It's time for more loft insu

Few toy's to play with.... The piccolo is out of i

Soup Season starts tomorrow.... A favourite in our