On Saturday, June 20th, Team PQ assembled in London for a full on Carb loaded meal to fuel us for the following day’s British Heart Foundation London to Brighton bike ride.  Aiming to be at the start gate in time for our starting slot meant an early night so we didn’t go too overboard on the vino! 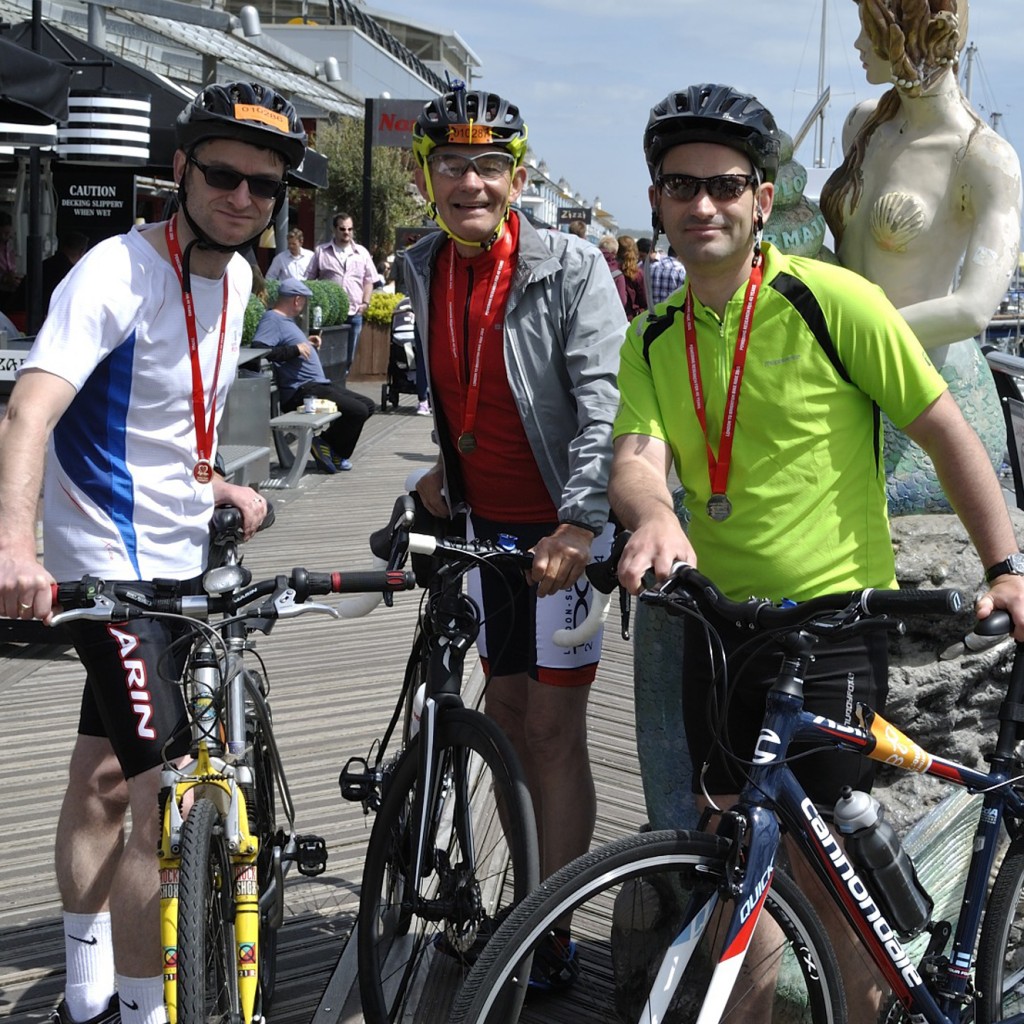 With the car loaded, we departed and made good time finding a suitable parking spot in Clapham for our support team to find the car. We made it in good time to start but didn’t set off until 7:40am.

We made good time through London and beyond, not having to stop for any delays (as experienced before) so it wasn’t until the 40km mark we had our one and only stop for some refreshments.

Turners Hill followed, complete with Brass Band at the top, sadly between tunes, and then on to Ditchling Beacon, which all 3 of us made up without too much issue. JP, the oldest was off up it like a long-tail up a drainpipe, being the experienced climber, doing most of his cycling on the famously flat (not) Isle of Man.  He also happens to possess, or is at least eligible for (I believe) a bus pass, so fair play to him.

We caught up with one and other for the final run into Brighton, crossing the line together.  Between 3 tracking systems, we’ve agreed on 3hr 45min time with average speed 14mph.

A few photos at the finish, then off to replace some of the spent calories (in liquid form is most efficient), a couple of beers at the Brighton Marina until our support team caught up with us.

After a stop in Burgess Hill for a marvellous Sunday Roast in the Woolpack, we headed back to London.