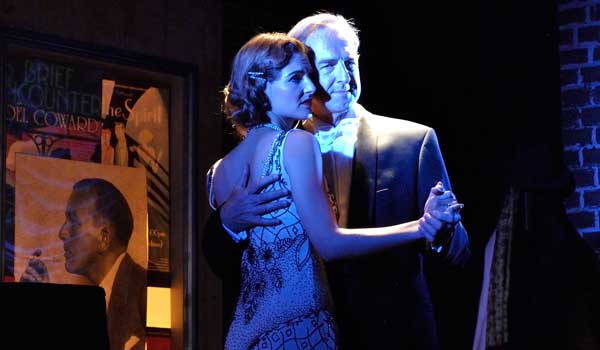 With Mrs Q (Helen Power) about to embark on 2017 UK tour of Noel and Gertie, I thought I would use the opportunity to share some pictures I took while Helen worked on this show previously in Frinton-On-Sea in 2014.  I was allowed take pictures on same day the official photographer was in, which was fun.

The show, or more correctly a Musical Review, by Sheridan Morley is drawn from the songs, letters, poems, films and diaries of Noel Coward, reflecting on his long association with Gertrude Lawrence.